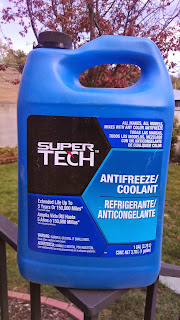 In the Point/Counterpoint  section of the October issue of Chest, two pairs of authors spar over whether fever should be controlled in sepsis by either pharmacological or external means.  Readers of this blog may recall this post wherein I critically appraised the Schortgen article on external cooling in septic shock that was in AJRCCM last year.  Apparently that article made a more favorable impression on some practitioners than it did on me, as the proponents of cooling in the Chest piece hang their hats on this article (and their ability to apply physiological principles to medical therapeutics).  (My gripes with the Schortgen study were many, including a primary endpoint that was of little value, cherrypicking the timing of the secondary mortality endpoint, and the lack of any biological precedent for manipulation of body temperature improving mortality in any disease.)

Reading the Point and Counterpoint piece (in addition to an online first article in JAMA describing a trial of induced hypothermia in severe bacterial meningitis - more on that later) allowed me to synthesize some ideas about the epistemology (and psychology) of medical evidence and its evaluation that I have been tossing about in my head for a while.  Both the proponent pair and the opponent pair of authors give some background physiological reasoning as to why fever may be, by turns, beneficial and detrimental in sepsis.  The difference, and I think this is typical, is that the proponents of fever reduction:  a.) seem much more smitten by their presumed understanding of the underlying physiology of sepsis and the febrile response; b.) focus more on minutiae of that physiology; c.) fail to temper their faith in application of physiological principles with the empirical data; and d.) grope for subtle signals in the empirical data that appear to rescue the sinking hypothesis.


Einstein is quoted as saying "The more I learn, the more I realize I don't know."  Perhaps the noble imperative to leverage physiological discoveries to alleviate human suffering undermines recognition of one's ignorance and impotence in relation to physiology and its application in therapeutics.  As I discussed in this post about why immunomodulatory therapies in sepsis universally fail, we are generally ignorant about whether any factor we are studying is a part of the causal pathway of interest or not.  Even if a given factor is part of the causal pathway to death or other important clinical outcomes, there are at least 3 other reasons its treatment by pharmacological or other means may not influence those outcomes:

Thermoregulation, a highly conserved homeostatic response across species, has been fine-tuned by the grandest trial and error apparatus of all (i.e., evolution)  for tens or hundreds of millions of years.  Likewise, fever (and hypothermia?) as responses to an infectious challenge, seem likely to be an evolutionary adaptation or at least an offshoot of one - else why would they be both present and highly conserved?  Is it not both arrogant and naive to think that we can thwart the natural evolutionary response to infection by cooling the patient with some cold saline and achieve an outcome superior to that which evolution has refined over the eons?  Perhaps it is my own arrogance which leads me to surmise that fever is either adaptive, or an epiphenomenon of other adaptive processes about which we remain mostly ignorant.  (Variables in the APACHE II scoring system are other examples of either causal factors or epiphenomena [who knows which?] that are correlated with mortality in critical illness - pick any of them and ask yourself if you think its manipulation in critical illness will influence a given outcome.)

In a related vein, therapeutic hypothermia after cardiac arrest may be a different animal.  There was no selective evolutionary pressure to modulate body temperature after resuscitation from cardiac arrest.  Resuscitation is a purely human intervention (as is mechanical ventilation).  Therefore, the ideal temperature for the brain to recover from hypoxic-ischemic encephalopathy after cardiac arrest would seem to be up in the air, as evolution has had no head start working on the problem.  (Readers familiar with this blog know that I remain skeptical of this intervention too - but far less skeptical than I am of temperature tinkering in febrile illnesses.)

Finally, the new empirical data.  Mourvillier et al enrolled 98 comatose patients with bacterial meningitis in an RCT of induced hypothermia to 32-34 degrees Celcius for 48 hours.  The primary outcome was the Glasgow Outcome Scale at 3 months but the trial was stopped early for both projections of futility and concerns of harm in the hypothermia group.  51% of patients in the hypothermia group versus 31% of patients in the control group had died by the interim analysis.  The premature stopping of the trial and the low number of enrolled patients limit the conclusions that can be drawn from this study.  But I can hear fever talking to us, paraphrasing Walter White (from Breaking Bad):  "If you don't know who I am, then maybe your best course would be, to tread lightly."