Much Ado About Nothing? The Relevance of New Sepsis Definitions for Clinical Care Versus Research 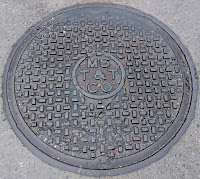 What's in a name?  That which we call a rose, by any other name would smell as sweet. - Shakespeare, Romeo and Juliet Act II Scene II

The Society of Critical Care Medicine is meeting this week, JAMA devoted an entire issue to sepsis and critical illness, and my twitter feed is ablaze with news of release of a new consensus definition of sepsis.  Much laudable work has been done to get to this point, even as the work is already generating controversy (Is this a "first world" definition that will be forced upon second and third world countries where it may have less external validity?  Why were no women on the panel?).  Making the definition of sepsis more reliable, from a sensitivity and specificity standpoint (more accurate) is a step forward for the sepsis research enterprise, for it will allow improved targeting of inclusion criteria for trials of therapies for sepsis, and better external validity when those therapies are later applied in a population that resembles those enrolled.  But what impact will/should the new definition have on clinical care?  Are the-times-they-are-a-changing?

Diagnosis, a fundamental goal of clinical medicine is important for several reasons, chief among them:


Thus redefining sepsis (or even defining it in the first place) is valuable if it allows us to institute treatments that would not otherwise be instituted, or provides prognostic or other information that is valuable to patients.  Does it do either of those two things?

It is noteworthy that the new definition of septic shock  has as a criterium "use of vasopressors to maintain mean arterial pressure > 65 mm Hg".  The definition appears to be circular and a bit curious - you have shock if somebody is treating you for shock.  Important to my point, the definition is not leading to the institution of a therapy, it relies on treatment decisions that have already been made to satisfy other goals.  Now, if a future clinical trial enrolls patients meeting the new criteria for septic shock, and it yields an efficacious therapy, we know that, if we have a septic patient who meets those same criteria, we ought to consider giving them the therapy.  But until such a trial is done and such a therapy exists, it matters little if you define sepsis by the old criteria, the new definition, or you don't bother diagnosing it at all, you just treat infection and provide supportive care.  (In this scenario, you will have your hospital's billing staff breathing down your neck, because your failure to put "sepsis" in the chart has significant pecuniary implications.)

Does the new definition (or the old definition) provide otherwise unavailable new prognostic information?  We can and I'm sure we will see compared sepsis categories based on the new definition to extant prognostic scoring systems such as APACHE and SOFA, and it will generate reams of new research papers (which may be one of the unstated goals of changing definitions, names, etc every half generation or so).  But for me to prognosticate in a given individual case, I will gravitate to a scoring system the primary aim of which is to prognosticate, or I will present a range of values to patients and families - precision in prognostication is not needed and may be ill advised if applied in individual patients.  Moreover, beyond its informational value to families, prognositcation in critical illness shows its real value if it is actionable - that is, if I'm going to do something in a patient with a 25% mortality that I'm not going to do in a patient with 75% mortality.  I know of no current therapy whose delivery will be influenced by prognostic variables in this way.

These same nuances that spring from changing definitions can create other problems.  A proposed change in the definition of ARDS was recently made (the so-called Berlin definition).  But if I'm trying to decide whether to use low tidal volume ventilation (lVtV) in a patient, do I use the new definition, or the definition that existed when the trial of lVtV was done?  (I will use the latter.)  But this case is special, and shows another facet of the dichotomy of the utility of a definition for clinical care versus research:  we continue to expand, on the basis of both common sense and evidence, the use of  lVtV in ever widening groups of patients (I use it in all mechanically ventilated patients).  Since use of lVtV requires you be on the ventilator, once we pre-emptively put all ventilated patients on lVtV, further categorizing them as ARDS does not lead to actionable diagnostic information - the diagnosis of ARDS becomes moot for the clinician.  The same argument can be applied to diuresis, a therapy that I use in almost all ventilated patients, not just the subset with ARDS.

The point here is not to disparage the new and probably improved definition and all the wonderful work that led to it.  The point is that I can picture fellows poring through the new manuscripts and memorizing the new criteria for exams and pimping on rounds, and clinicians in practice not having time to read them and wondering what they will mean for them.  And the summary answer is that these definitions have little to no impact on clinical care until they are used in a research trial to demonstrate the efficacy of a therapy for sepsis - if and when this happens, defining sepsis in accord with the inclusion criteria, set by the new definition in that trial, will allow practicing clinicians to know which patients that therapy may be useful in.

Finally, the Shakespeare quote is really not apropos - if you know what you're looking at, who cares what name you give it?  The problem with sepsis, is that  we don't know what we're looking at, and we're calling tulips carnations, geraniums and every manner of flower a rose.  Which led to my tweet this morning: "Perhaps sepsis argot is pure contrivance. Imagine we created a syndromic definition for "acute vascular crisis" and enrolled patients with myocardial infarction, stroke, peripheral or mesenteric ischemia [and every manner of vaso-occlusive disorder.]"  Would we expect any useful homogeneity or actionable information to derive from such a syndromic classification of multiple markedly different albeit related underlying diseases?
Posted by Scott K. Aberegg, M.D., M.P.H. at 3:15 PM