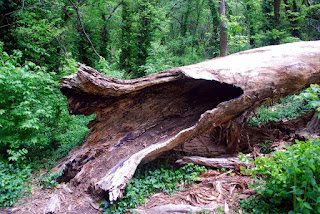 Yet here we find ourselves some 16 years after the inauguration of the Surviving Sepsis Campaign, and their influence continues to metastasize, even after the message has been hollowed out like a piece of fallen, old-growth timber.

Surviving sepsis was the brainchild of Eli Lilly, who, in the year after the ill-fated FDA approval of drotrecogin-alfa, worried that the drug would not sell well if clinicians did not have an increased awareness of sepsis. That aside, in those days, there were legitimate questions surrounding the adoption and implementation of several new therapies such as EGDT, corticosteroids for septic shock, Xigris for those with APACHE scores over 25, intensive insulin therapy, etc.

Those questions are mostly answered. Sepsis is now, quite simply, a complex of systemic manifestations of infection almost all of which will resolve with treatment of the infection and general supportive care. The concept of sepsis could vanish entirely, and nothing about the clinical care of the patient would change: an infection would be diagnosed, the cause/source identified and treated, and hemodynamics and laboratory dyscrasias supported meanwhile. There is nothing else to do (because lactic acidosis does not exist.)

But because of the hegemony of the sepsis juggernaut (the spawn of the almighty dollar), we are now threatened with a mandate to treat patients carrying the sepsis label (oftentimes assigned by a hospital coder after the fact) with antibiotics and a fluid bolus within one hour of triage in the ED. Based on what evidence?

Weak recommendation, "Best Practice Statement" and some strong recommendations based on low and moderate quality evidence.  So if we whittle it down to just moderate quality of evidence, what do we have?  Give antibiotics for infections, and give vasopressors if MAP less than 65.  But now we have to hurry up and do the whole kit and caboodle boiler plate style within 60 minutes?

Sepsis need not be treated any differently than a gastrointestinal hemorrhage, or for that matter, any other disease.  You make the diagnosis, determine and control the cause (source), give appropriate treatments, and support the physiology in the meantime, all while prioritizing the sickest patients.  But that counts for all diseases, not just sepsis, and there is only so much time in an hour.  When every little old lady with fever and a UTI suddenly rises atop the priorities of the physician, this creates an opportunity cost/loss for the poor bastard bleeding next door who doesn't have 2 large-bore IVs or a type and cross yet because grandma is being flogged with 2 liters of fluid, and in a hurry.  If only somebody had poured mega-bucks into increased recognition and swift treatment of GI bleeds....

Concern regarding the Surviving Sepsis Campaign (SSC) guidelines dates back to their inception.  Guideline development was sponsored by Eli Lilly and Edwards Life Sciences as part of a commercial marketing campaign (1).  Throughout its history, the SSC has a track record of conflicts of interest, making strong recommendations based on weak evidence, and being poorly responsive to new evidence (2-6).

The original backbone of the guidelines was a single-center trial by Rivers defining a protocol for early goal-directed therapy (7).  Even after key elements of the Rivers protocol were disproven, the SSC continued to recommend them.  For example, SSC continued to recommend the use of central venous pressure and mixed venous oxygen saturation after the emergence of evidence that they were nonbeneficial (including the PROCESS and ARISE trials).  These interventions eventually fell out of favor, despite the slow response of SSC that delayed knowledge translation.

SSC has been sponsored by Eli Lilly, manufacturer of Activated Protein C.  The guidelines continued recommending Activated Protein C until it was pulled from international markets in 2011.  For example, the 2008 Guidelines recommended this, despite ongoing controversy and the emergence of neutral trials at that time (8,9).  Notably, 11 of 24 guideline authors had financial conflicts of interest with Eli Lilly (10).

The Infectious Disease Society of America (IDSA) refused to endorse the SSC because of a suboptimal rating system and industry sponsorship (1).  The IDSA has enormous experience in treating infection and creating guidelines.  Septic patients deserve a set of guidelines that meet the IDSA standards.

Guidelines should summarize evidence and provide recommendations to clinicians.  Unfortunately, the SSC doesn’t seem to trust clinicians to exercise judgement.  The guidelines infantilize clinicians by prescribing a rigid set of bundles which mandate specific interventions within fixed time frames (example above)(10).  These recommendations are mostly arbitrary and unsupported by evidence (11,12).  Nonetheless, they have been adopted by the Centers for Medicare & Medicaid Services as a core measure (SEP-1).  This pressures physicians to administer treatments despite their best medical judgment (e.g. fluid bolus for a patient with clinically obvious volume overload).

We have attempted to discuss these issues with the SSC in a variety of forums, ranging from personal communications to formal publications (13-15).  We have tried to illuminate deficiencies in the SSC bundles and the consequent SEP-1 core measures.  Our arguments have fallen on deaf ears.

We have waited patiently for years in hopes that the guidelines would improve, but they have not.  The 2018 SSC update is actually worse than prior guidelines, requiring the initiation of antibiotics and 30 cc/kg fluid bolus within merely sixty minutes of emergency department triage (16).  These recommendations are arbitrary and dangerous.  They will likely cause hasty management decisions, inappropriate fluid administration, and indiscriminate use of broad-spectrum antibiotics.  We have been down this path before with other guidelines that required antibiotics for pneumonia within four hours, a recommendation that harmed patients and was eventually withdrawn (17).

It is increasingly clear that the SSC guidelines are an impediment to providing the best possible care to our septic patients.  The rigid framework mandated by SSC doesn’t help experienced clinicians provide tailored therapy to their patients.  Furthermore, the hegemony of these guidelines prevents other societies from developing better guidelines.

We are therefore petitioning for the retirement of the SSC guidelines.  In its place, we would call for the development of separate sepsis guidelines by the United States, Europe, ANZICS, and likely other locales as well.  There has been a monopoly on sepsis guidelines for too long, leading to stagnation and dogmatism.  We would hope that these new guidelines are written by collaborations of the appropriate professional societies, based on the highest evidentiary standards.  The existence of several competing sepsis guidelines could promote a diversity of opinions, regional adaptation, and flexible thinking about different approaches to sepsis.

We are disseminating an international petition that will allow clinicians to express their displeasure and concern over these guidelines.  If you believe that our septic patients deserve more evidence-based guidelines, please stand with us.