David versus Goliath on the Battlefield of Non-inferiority: Strangeness is in the Eye of the Beholder 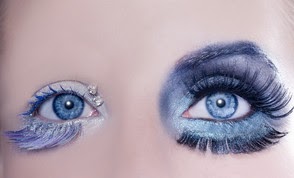 In this week's JAMA is my letter to the editor about the CONSORT statement revision for the reporting of non-inferiority trials, and the authors' responses.  I'll leave it to interested readers to view for themselves the revised CONSORT statement, and the letter and response.

In sum, my main argument is that Figure 1 in the article is asymmetric, such that inferiority is stochastically less likely than superiority and an advantage is therefore conferred to the "new" [preferred; proprietary; profitable; promulgated] treatment in a non-inferiority trial.  Thus the standards for interpretation of non-inferiority trials are inherently biased.  There is no way around this, save for revising the standards.

In my proposed scheme, there is no bonus superiority that comes with a lower hurdle than inferiority.  As I said in the last sentence, "investigators seeking to demonstrate superiority should design a superiority trial."  Then, there is no minimal clinically important difference (MCID) hurdle that must be cleared, and a statistical difference favoring new therapy by any margin lets you declare superiority.  But if you fail to clear that low(er) hurdle, you can't go back and declare non-inferiority.

Symmetry is beautiful;  Strangeness is in the eye of the beholder.