Over Easy? Trials of Prone Positioning in ARDS 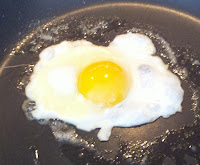 Published May 20 in the  NEJM to coincide with the ATS meeting is the (latest) Guerin et al study of Prone Positioning in ARDS.  The editorialist was impressed.  He thinks that we should start proning patients similar to those in the study.  Indeed, the study results are impressive:  a 16.8% absolute reduction in mortality between the study groups with a corresponding P-value of less than 0.001.  But before we switch our tastes from sunny side up to over easy (or in some cases, over hard - referred to as the "turn of death" in ICU vernacular) we should consider some general principles as well as about a decade of other studies of prone positioning in ARDS.

First, a general principle:  regression to the mean.  Few, if any, therapies in critical care (or in medicine in general) confer a mortality benefit this large.  I refer the reader (again) to our study of delta inflation which tabulated over 30 critical care trials in the top 5 medical journals over 10 years and showed that few critical care trials show mortality deltas (absolute mortality differences) greater than 10%.   Almost all those that do are later refuted.  Indeed it was our conclusion that searching for deltas greater than or equal to 10% is akin to a fool's errand, so unlikely is the probability of finding such a difference.  Jimmy T. Sylvester, my attending at JHH in late 2001 had already recognized this.  When the now infamous sentinel trail of intensive insulin therapy (IIT) was published, we discussed it at our ICU pre-rounds lecture and he said something like "Either these data are faked, or this is revolutionary."  We now know that there was no revolution (although many ICUs continue to practice as if there had been one).  He could have just as easily said that this is an anomaly that will regress to the mean, that there is inherent bias in this study, or that "trials stopped early for benefit...."


But in the case of the current prone positioning study, we may be smitten by the very small P-value, which means literally that "if the null hypothesis is true and there is in reality no mortality difference between prone and supine, the probability of finding a difference as large or larger than the result the authors found is less than 0.1%" - a very small probability indeed.  So the difference is not only large, but statistically robust.  Have we seen this before?

In 2001 the PROWESS trial of drotrecogin-alfa for severe sepsis was published showing that the agent conferred a 6.1% mortality benefit with a P-value of 0.005 - a largish and statistically robust effect.  As is well known (for now - this dialectic will soon be forgotten), subsequent trials all failed to show benefit and manufacture of the agent was discontinued.  Thus, even a largish benefit can (must?) be dismissed when other data fail to support it.  So, let's inspect the other major trials of prone positioning in ARDS over the last decade or so:
That is, until the current study.  As I said, the results are indeed impressive.  But I cannot look at this trial without peering through it to the stack of reports that preceded it.  So what's going on beyond the possibilities of regression to the mean or a new panacea for ARDS with twice the effect of low tidal volume ventilation?

These studies are all coming from Europe, specifically Italy, Spain, and France.  One can't help but surmise that the European respirologists have a bit of a fetish for the prone position.  And, like so many other investigators, it is possible that they are not disinterested scientists trying to falsify hypotheses.  They believe it works.  They want it to work.  And they will study it until they find that it works.

In my own practice, which entails very minimal sedation (and even less analgesia - what is the basis for the oft repeated adage that pain control is necessary in all ventilated patients?  From whence the pain?) and VERY aggressive weaning from mechanical ventilation, I will use the prone position very infrequently because I worry that the additional sedation it will doubtless entail (dose totals not reported in the recent trial) compared to my usual practice will prolong the course of illness in order to institute a therapy with uncertain benefits.  My patients will remain sunny side up.

[Addendum 6/2/2013:  Several trusted colleagues have commented that my supposition that sedation will be higher is unfounded.  I agree.  I wanted the post to focus on the evidence, but end with my summary position, namely that I will not immediately adopt this practice for routine care, and I used the sedation example as one reason why.  The other major reasons are:

Finally, I worry that this is going to be a lot of work and a distraction in our ICUs from other important programs such as early mobility, and given my skepticism of this one positive study's results I just don't believe that a new program of routine prone positioning is warranted at this juncture.  When I have a patient who remains severely hypoxemic, I will certainly consider this therapy.  But mostly, I will continue to use it as I always have, as a "rescue therapy."  I am not steadfast in this position and am certainly open to further debate - so feel free to comment below.]

[Addendum 6/7/2013:  In this week's JAMA, Murad and Montori discuss the imperative to consider not just single studies in isolation, but the totality of the evidence, as I attempted to do above.]
Posted by Scott K. Aberegg, M.D., M.P.H. at 12:04 PM