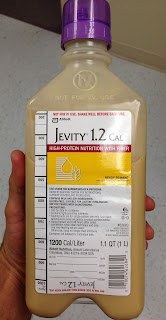 The past 2 weeks have provided me with some interesting reading of new data that deserve to be integrated with several other studies and themes discussed in this blog.  The three trials below share the goal of intervening early and aggressively so I thought it may be interesting to briefly consider them together.

Firstly, Young et al (May 22/29, 2013 issue of JAMA) report the results of the TracMan multicenter trial of early tracheostomy in ICUs in the UK.  These data seal the deal on an already evolving shift in my views on early tracheostomy that were based on anecdotal experience and earlier data from Rumbak and Terragni.  Briefly, the authors enrolled 899 patients expected to receive at least 7 more days of mechanical ventilation (that prediction was no more reliable in the current trial than it had been in previous trials) and randomized them to receive a trach on day 4 (early) versus on day 10 (late).    The early patients did end up receiving less sedatives and  had a trend toward shorter duration of respiratory support.  But their KM curves are basically superimposable and the mortality rates virtually identical at 30 days.  These data, combined with other available studies, leave little room for subjective interpretation.  Early tracheostomy, it is very likely, does not favorably affect outcomes enough to justify its costs and risks.


Next, in the same issue of JAMA, Doig et al add more data to the ongoing debate about when, how, what, and how much to feed (or not to feed) critically ill patients.  Early parenteral nutrition given to patients not allowed to take enteral nutrition in this study failed to affect mortality in either direction - a theme that is becoming familiar to readers of this blog.  Despite some positive signals in secondary outcomes, which are of a magnitude that makes their impact dubious, this study appears to buttress the developing adage "less is more" as concerning nutrition in the ICU - at least up to a point.  I applaud the editorialist in his questioning whether the patients who were deemed unable to take oral food were deemed so appropriately.  (See this post on Status Iatrogenicus where I argue that NPO orders are mostly for the birds.)  Indeed, I have a policy of not writing TPN orders in our ICU (to the irritation of the surgeons), because it is my general belief that it is on balance a waste of time trending towards the harmful, and that most patients with restricted oral/enteral feeding simply need the restriction lifted.

Finally, in the June 20th issue of NEJM, we find results of the INTERACT2 trial of rapid lowering of blood pressure in patients (mostly in China) with (mostly small and deep and hypertension related) intracranial hemorrhage (ICH).  This article adds fodder to the debate about whether the hemorrhaged brain needs some extra perfusion pressure to protect the "ischemic penumbra" (good) or whether extra pressure contributes to additional hemorrhage and edema (bad) [or maybe neither of these mechanistic hypotheses are correct].    The authors compared rapid lowering of SBP to less than140 to "usual care".  The primary outcome, a score of moderate disability or worse (3-5 on the NIHSS) missed being significantly less frequent in the rapid pressure lowering group by a rabbit hair (P=0.06.)  A different ordinal analysis which was not pre-specified, but which was added to the protocol before data analysis, was marginally significant (P=0.04).  I'm ambivalent.  On the one hand, the primary outcome is technically a fail, but it's close.  On the other hand, disability from stroke is a devastating and fearsome thing, and more rapid lowering of SBP seems relatively easy and benign.  It's important to recall that this is an unblinded study, where differences in care due to practitioners' knowledge of study group assignment cannot be excluded, and that the outcome measure (the NIHSS) is on some level subjective.  There is a lot of potential for bias here.  I'm reminded of therapeutic hypothermia after cardiac arrest (HACA), a therapy for which I harbor a healthy amount of skepticism for the same reasons - marginal P-values, unblinded studies, soft (albeit standardized) outcomes.  But like neurologic disability from ICH, that from anoxic brain injury (ABI) is devastating, so it makes you think you should be more lenient with the data (and so I selectively use HACA in spite of my reservations).  Maybe the best course is to contingently adopt rapid BP lowering for ICH.  And the contingency is the result of the North American Antihypertensive Treatment of Acute Cerebral Hemorrhage (ATACH) II trial, which is slated to be completed in 2016.  I'll place my bet here that the results do not corroborate INTERACT2, but we'll have to wait three years and see.

More(aggressive) may not be less (efficacious) - but it is surely more costly and labor intensive.