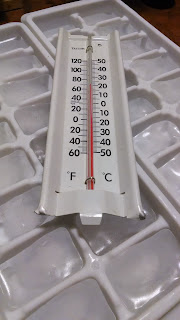 In the Feb 21, 2002 NEJM, two trials of what came to be known as therapeutic hypothermia (or HACA - Hypothermia after Cardiac Arrest) were simultaneously published:  one by the HACA study group and another by Bernard et al.  During the past decade, I can think of only one other therapy which has caused such a paradigm shift in care in the ICU:  Intensive Insulin Therapy (ill-fated as it were).  Indeed, even though the 2002 studies specifically limited enrollment to out of hospital (OOH) cardiac arrest with either Ventricular Tachycardia (VT) or Ventricular Fibrillation (VF), the indications have been expanded at many institutions to include all patients with coma after cardiac arrest regardless of location or rhythm (or any other original exclusion criterion), so great has been the enthusiasm for this therapy, and so zealous its proponents.

Readers of this blog may know that I harbor measured skepticism for HACA even though I recognize that it may be beneficial.  From a pragmatic perspective, it makes sense to use it, since the outcome of hypoxic-ischemic encephalopathy (HIE) and ABI (Anoxic Brain Injury) is so dismal.  But what did the original two studies actually show?

Of course, the results were marginally statistically significant, the sample sizes were small (total n=350), there was no blinding of treatment groups, one of the trials appears to be a single center study, and there is no mention of adequately explicit protocols regarding other aspects of care.  But I think practitioners all recognized the pragmatic imperative - ABI after cardiac arrest is devastating, and if this may help, we should do it.

But along the way, we noticed some problems.  Patients get bradycardic and hypotensive, they require sedation and paralysis which makes neurological examination and prognostication impossible or unreliable for some time, and they are more likely to get pneumonia and other infections but can't mount a fever response as a signal to the clinician that there may be an infection.  Finally, some patients' families have told me, when informed of the marginal improvement expected with HACA, to stop it - because they envision it being quite uncomfortable to be "frozen", especially at what may be the end of the patient's life.

So it was welcome news today when the results of the Targeted Temperature Management study were published on-line in the NEJM, to help us determine if we have been on the right track or not since 2002.  Reasoning that, among other considerations, fever after cardiac arrest is associated with a poor prognosis (but is it causal or an association?), it may have been the prevention/treatment of fever in the 2002 studies that drove their findings, the TTM investigators randomized 950 patients who were unconscious after OOH cardiac arrest to a target temperature of 33 degrees versus 36 degrees.

The first concern I had, before even reading the results, is that we may have a problem of separation here.  If there is an effect of temperature on outcomes, it is reasonable to expect that the greater the difference in temperature between the groups, the greater will be the difference in outcomes (and the more likely we will find a statistically significant result).  In the original trials, the hypothermia target was 32-34 degrees, but in the control group, the sky was the limit - they could be normothermic at 37 degrees or higher if some of the cohort was febrile some of the time.  Now we're restricting our separation to 3 degrees.  This could make it harder to show a significant result.

Another problem is that the TTM trial enrolled all patients with OOH cardiac arrest of presumed cardiac cause, not just patients with VT of VF.  I have never actually seen explicated why the 2002 trials excluded cardiac rhythms other than VT and VF but I always assumed it was because the prognosis is so dreadfully poor with other rhythms that their inclusion would just dilute the sample with patients in whom there was little hope of a treatment effect, thus reducing effective sample size.  In the TTM trial, 20% of patients had rhythms other than VT of VF, so the effective sample size may have been 20% lower.

In TTM, the mortality (primary endpoint) was 50% in the 33 degree group and 48% in the 36 degree group with P=0.51.  At 180 days, the endpoint of death or poor neurological function had been met in 54% of the 33 degree patients and 52% in the 36 degree patients with P=0.78.  There are several ways of looking at these results.  Below is a logic matrix of sorts with the main possibilities:

HACA (2002) works but TTM (2013) doesn't
Neither HACA nor TTM work
There are of course other possibilities, but they don't make much sense (such as a Type I error with HACA and also a Type II error with TTM).  So let's see which explanation seems most likely.

As regards #2, if the floor for the effect is 36 degrees, dose response is operating in a narrow range if it is at all.  This seems unlikely.  Equally unlikely is that treatment of fever in the 2002 HACA studies was responsible for the effect of HACA, as febrile patients were a minority subset of all patients enrolled.  (See Figure 1 in the HACA article and Table 2 in the Bernard article for mean +/- SD of temperatures in the control groups.  38.5 is about 2 SD from the mean in those studies, so patients were not very febrile.)  So in sum, the fever hypothesis seems dubious at best.

As for #3, TTM could have been underpowered, but it had more power than the other two trials combined, and again, it showed no signal of a benefit in the 33 degree group, so I think we can eliminate this possibility.

Next, of course, is the possibility that neither HACA nor TTM works.  To believe this possibility, one needs only to accept a Type I error in the original HACA trials.  Sir William of Ockham would be satisfied with this choice.

And this state of affairs leaves practitioners in quite a pickle.  What to do?

Well, after this analysis, I'm inclined to think that HACA and TTM are not efficacious.  But I don't have to make that bet.  TTM has left the door open for us to focus on avoiding fever after cardiac arrest - if we do so, especially if we target a temperature of about 36 degrees (in all patients?), we can rest relatively assured that our patients will fare as well as those that are chilled to 32-34 degrees.  Homeopathic Hypothermia, if you will.
Posted by Scott K. Aberegg, M.D., M.P.H. at 12:17 AM