Absolute Confusion: How Researchers Mislead the Public with Relative Risk 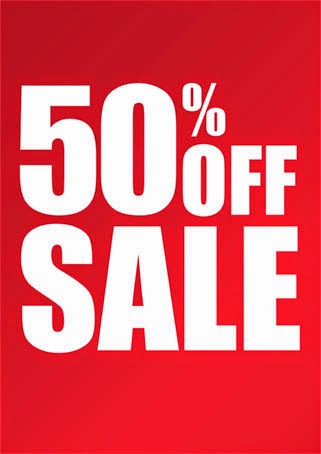 This article in Sunday's New York Times about gauging the risk of autism highlights an important confusion in the appraisal of evidence from clinical trials and epidemiological studies that appears to be shared by laypersons, researchers, and practitioners alike:  we focus on relative risks when we should be concerned with absolute risks.

The rational decision maker, when evaluating a risk or a benefit, is concerned with the absolute magnitude of that risk or benefit.  A proportional change from an arbitrary baseline (a relative risk) is irrelevant.  Here's an example that should bring this into keen focus.

If you are shopping and you find a 50% off sale, that's a great sale.  Unless you're shopping for socks.  At $0.99 a pair, you save $0.50 with that massive discount.  Alternatively, if you come across a 3% sale, but it's at the Audi dealership, that paltry discount can save you $900 on a $30,000 Audi A4.   Which discount should you spend the day pursuing?  The discount rate mathematically obscures the value of the savings.  If we framed the problem in terms of absolute savings, we would be better consumers.  But retailers know that saying "50% OFF!" attracts more attention than "$0.50 OFF!" in the sock department.  Likewise, car salesmen know that writing "$1000 BELOW INVOICE!" on the windshield looks a lot more attractive than "3% BELOW INVOICE!"

The rational shopper makes no such distinctions - s/he is looking for big absolute savings rather than big proportional discounts.  If s/he has limited time and is going to invest it in the goal of saving the most money, s/he will pursue opportunities with large absolute savings, rather than large proportional discounts.  But there are abundant data from behavioral economics that show that we are not rational shoppers - to our peril.

Similarly, relative risks can scare us more than there is cause to be scared, as in the case of autism.  The risk of Down Syndrome in offspring increases by five-fold as maternal age increases from 30 to 40 years.  A 500% increase!  A relative risk of 5!  But the absolute risk goes from 0.0005 to 0.0025 - an absolute risk increase of 0.002, or two tenths of a percent.  When most people (me included) think of 0.2%, we don't get too worked up.  (Maybe we should.)

So why do we continue to promulgate relative risks?  Here are some ideas:


The problem is that relative risks don't tell us how much benefit we get from a therapy or the value of an epidemiological finding - they only tell us that benefit in reference to a baseline which we may or may not know.  And if we need to know the baseline in order to determine the absolute value of the benefit (by mathematical deconstruction), then we should just report the absolute benefit in the first place.
Posted by Scott K. Aberegg, M.D., M.P.H. at 9:31 PM