Underperforming the Market: Why Researchers are Worse than Professional Stock Pickers and A Way Out 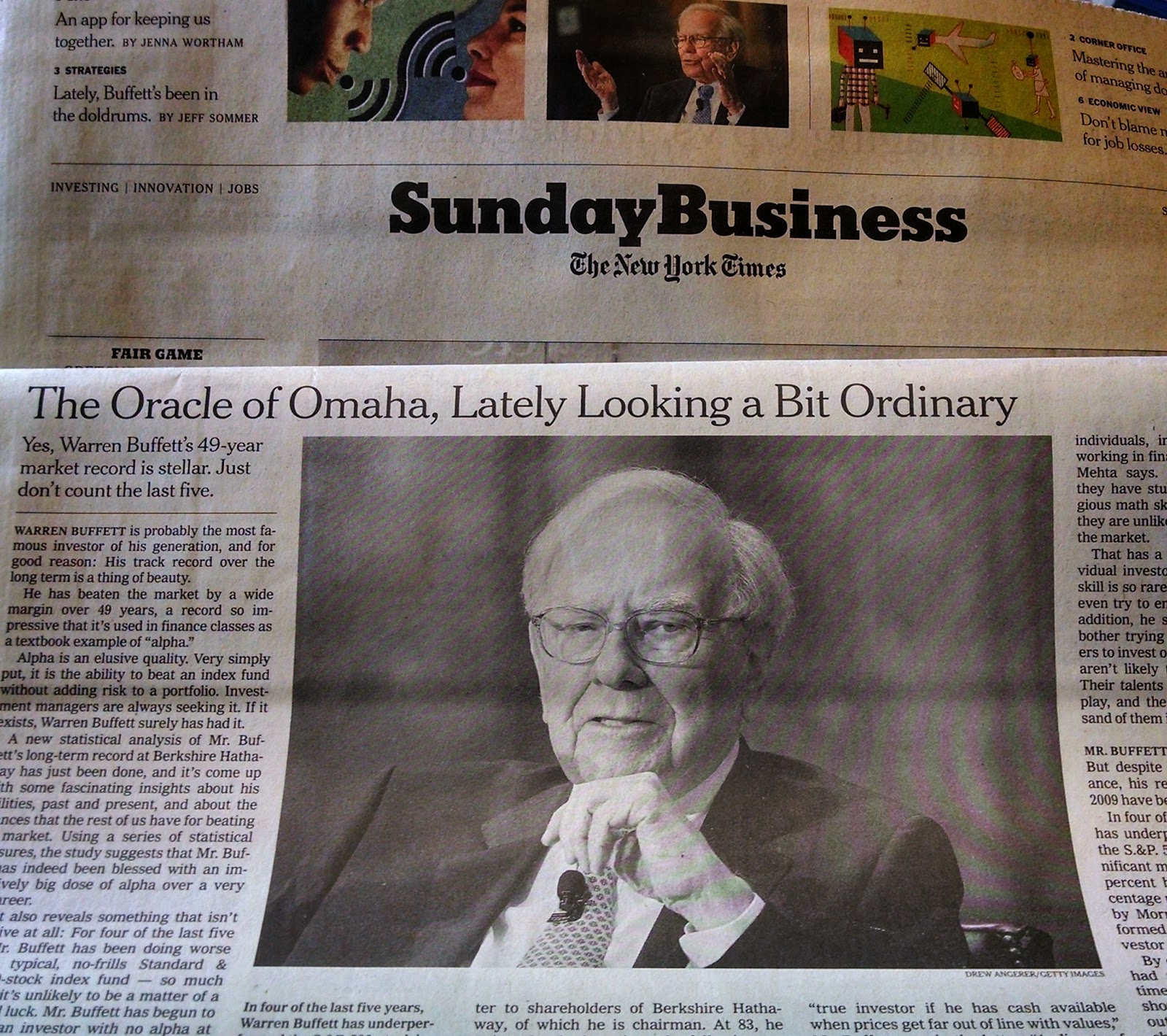 I was reading in the NYT yesterday a story about Warren Buffet and how the Oracle of Omaha has trailed the S&P 500 for four of the last five years.  It was based on an analysis done by a statistician who runs a blog called Statistical Ideas, which has a post on p-values that links to this Nature article a couple of months back that describes how we can be misled by P-values.  And all of this got me thinking.

We have a dual problem in medical research:  a.)  of conceiving alternative hypotheses which cannot be confirmed in large trials free of bias;  and b.) not being able to replicate the findings of positive trials.  What are the reasons for this?


Trials can be negative either because of 1.) a lack of statistical power, or; 2.) because they are testing therapies that just don't work, often on the basis of poorly conceived or naive hypotheses.  Studies can be impossible to replicate because: 3.) the results represent a "false positive" or type 1 error, or; 4.) they had inherent bias which drove the positive results.  Since Warren Buffet got me thinking about this post, I will extend an analogy:


Lack of power, number 1 (which, ironically, is often due to lack of funding) deserves little further comment, and this blog is a virtual treatise on number 4, study bias and cooking the books.  But why, save for our inclination for irrational exuberance do we keep investing in pets.com without realizing it?  There are two very important and related reasons.

The first is that we are willfully or unwittingly ignorant of the failure rate of start-ups, that is, new and unproven therapies.  That failure rate is very high, which means that the prior probability of success is correspondingly low.  (If we were going to give a business loan for one of these ventures, we should charge a very high interest rate to account for a high rate of default.)  I estimate, without data, just as a gestalt, that the prior probability of actual success of any therapy without biological precedent (basically me-too drugs) is less than 10%, probably within an order of magnitude of 1% in either direction.  But we get seduced by a good story, and then we make our second error - we are fooled by the data.  This is where the p-value comes in.

Because we overestimate the prior (pre-test) probability of success, p-values confirm a false alternative hypothesis.  The Nature article describes this elegantly, and mathematically inclined readers can reference several original expositions of the concepts here and here.  The astonishingly instructive and useful result of the latter article is a nomogram based on prior probability distributions of the null and alternative hypotheses that can be used to estimate the posterior probability distribution of the null (or alternative) hypothesis beginning with a "guess" of the prior probability of the null.  Here's that nomogram (it's an open access article - you can open it in another browser by right-clicking this link for Alt-Tab reference): 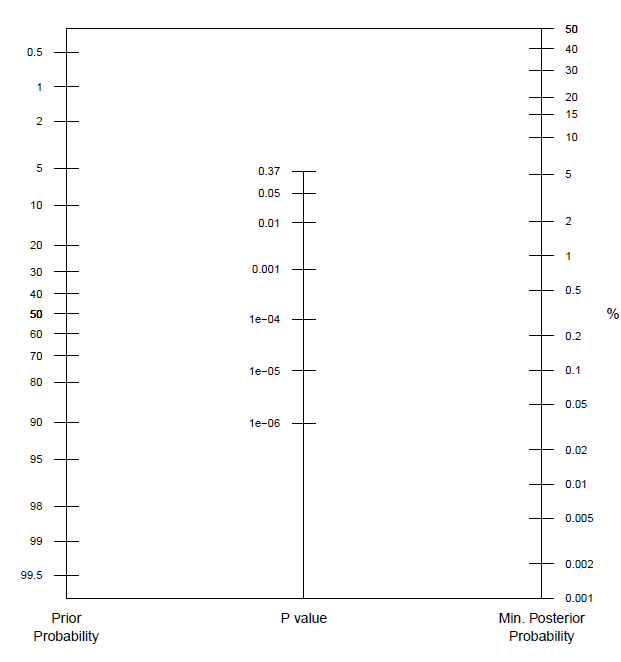 This nomogram beautifully demonstrates how sensitive the posterior probability distribution is to the prior probability and reveals a startling and disturbing fact:  many of the "positive" studies that we base our decisions upon are actually totally uninformative.  Now we have the complete picture, now the mystery of negative studies and non-replicability is largely solved.  Even if we're adequately powered, even if we're free from bias, we have this seemingly intractable problem of unknown priors which makes our significance tests unreliable for decision making.  And, worst of all, the prior probability of the null hypothesis is likely to be quite high across a wide spectrum of disciplines and therapies.

Behold how the Oracle of Omaha still delivers his prophecy far better than we, even if he has had a rough run of late.
Posted by Scott K. Aberegg, M.D., M.P.H. at 2:17 PM